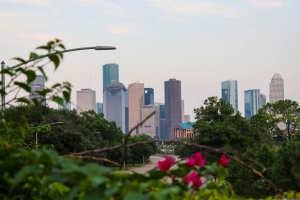 The year was 2005 and the Houston Astros had appeared in the Fall Classic for the first time during the 55 seasons they had played in.

However, to the fans’ utmost disappointment, they were defeated by Chicago White Sox and were once again swept out of the World Series.

Keeping in mind the above statistics, and comparing their overall performance in the last 55 seasons with the current (56th) season, one wonders how they managed to become one of the best teams in baseball who has won a total of 101 games up till now in this season.

If you are a big fan of Astros like me, this season would probably have been quite emotional for you too.

I don’t know about you but when Astros beat New York Yankees this Saturday and entered the World Series, I literally began to cry.

Looking back to August we remember the devastating Harvey Hurricane which struck the city of Houston and destroyed hundreds of thousands of homes, displaced 30,000 people and caused more than 50 billion dollars in damages.

This incident enormously raised the significance of the achievements brought by the Astros to their home city.

After that destruction, it was the Astros who brought light and hope back to the people of Houston.

They played a critical role both on and off the field since the hurricane hit.

Players went to the victims and made generous donations. When on the field, they have worn patches labeled as “Houston Strong” on their uniforms as a gesture of hurricanes victims.

Houston Astros have assisted people to recover and get through the tough times.

Seeing them in the World Series winning game after game gave people, whose lives were destroyed and ruined, a distraction from the hurricane’s recovery.

It gave them something to look forward to.

Hashtag #HoustonStrong has gone viral on social media and the team’s success is one of the major factors in raising the spirits of the victims.

Besides the fact that Houston Astros is this season’s sentimental favorite and has grown to become one of the finest teams in baseball, it will be quite challenging to beat the Los Angeles Dodgers who have won five World Series and have an impressive baseball record.

They have the advantage of home-field and probably the best pitcher in Clayton Kershaw. Also, they haven’t won a World Series since 1988 and its fans won’t mind a taste of a huge win.

But the fans of  the Astros are pretty hungry, too.

After getting their lives upside down by a hurricane Harvey, they’d surely like to see the team they love to bring back the W and keep their spirits alive and high.

It won’t be easy but it will surely be worth the effort if the Astros win this World Series, not for them but for the city of survivors which has suffered enough and its people could use this victory while they rebuild their lives.

So let’s all take a deep breath and patiently wait for the big day! May the deserving team wins!